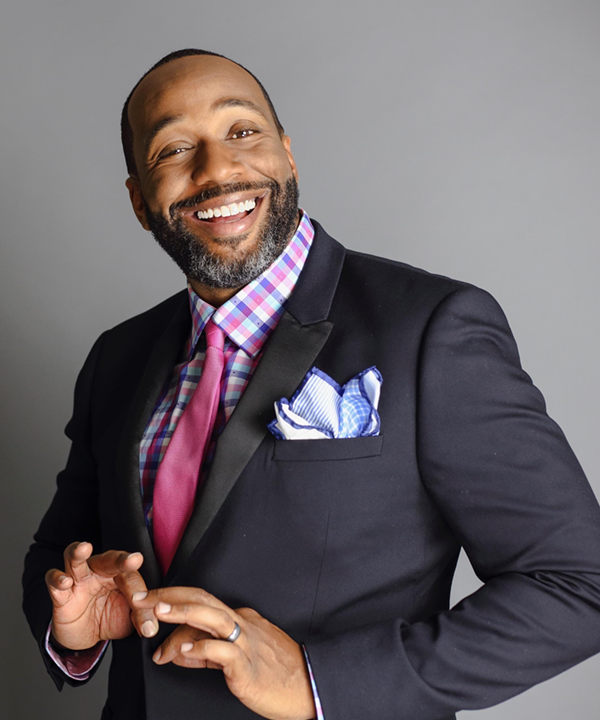 Joe Clair is a multifaceted entertainer with a career spanning two decades. You can call him Joe, Cleezy or Mr. Clair. Whatever you call him, it is undeniable that Joe Clair is 100%. Whether it is in the radio, comedy game, hosting arena, acting or community service, Joe Clair definitely gets it in.

Joe got his start on HBO’s famed Def Comedy Jam, before gaining national notoriety as host of BET’s famed show “Rap City,” where he introduced the world to hip-hop and rap super-stars. He is most notably known as the last person to interview hip-hop icon Notorious B.I.G. While finding notoriety on Rap City, Joe was offered an opportunity to launch a career in radio on the #1 radio station in the DMV, WPGC’s Sunday Night Hip-Hop Show with Big Tigger before making his way to Hot 97 in New York City, Sirius XM-Foxxhole in Los Angeles and V-103 in Atlanta.

Clair’s night time gig as a stand-up comic has lined his pockets for years. With appearances all over the country in clubs, colleges and arenas, Joe has gained an underground following. He is bold, witty, crazy, spirited and animated when it comes to the jokes and the mic.

Aside from being a humanitarian, Joe Clair has also seen a bit of time in front of the camera. He has been in a string of movies and videos going back to his college days. While at Morgan State University, he starred in “Axe ‘Em”, he was in “Train Ride”, he starred in the DVD hit gospel/romantic comedy “Lord Help Us”, he co-starred in “The Greatest Song”, and starred in He Said, She Said: A Romantic Comedy. He had parts on Fox’s “The War at Home” and ABC Family’s “GREEK”.

After being gone for more than a decade and the love of the DMV in his heart, Joe made his way back home. Joe Clair is happily settled in the DMV area, married and the proud father of two children.